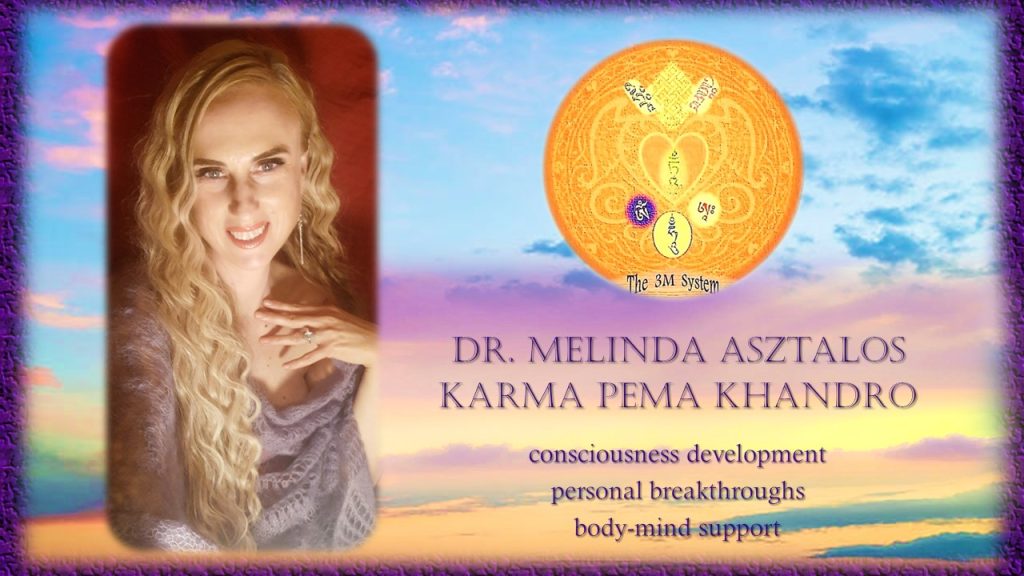 I would not dare claim that I have something worth offering to the world, should I have not paid my dues first. I like to believe that I earned the right to be heard because what I say is aligned between the solid ground of an understanding developed throughout scientific research during 12 years of university education and the air of experience of about 30 years (and still counting) of solemn spiritual practice.

I can offer a list of credentials to the people who need that to give a chance to my teachings. I obtained two master’s and a PhD from Ghent University (Belgium), I finished in-depth studies in Anatomy, Physiology, Kinesiology, and Psychology. I researched the mind, the way people react, their motivations, and the struggles of their psyche. As the main focus of my doctorate, I developed the concept of mindful movement and introduced it in science in the publication Asztalos et al. “Sport participation and stress among women and men”, Psychology of Sport and Exercise 2012, 13, 466-483. 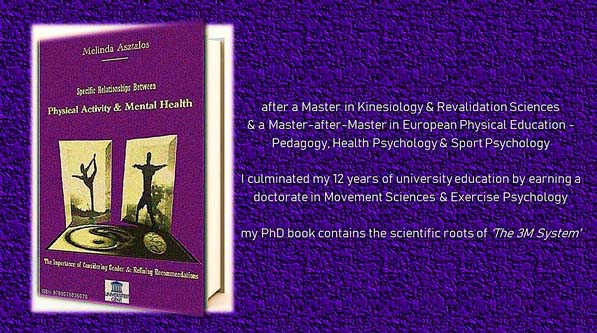 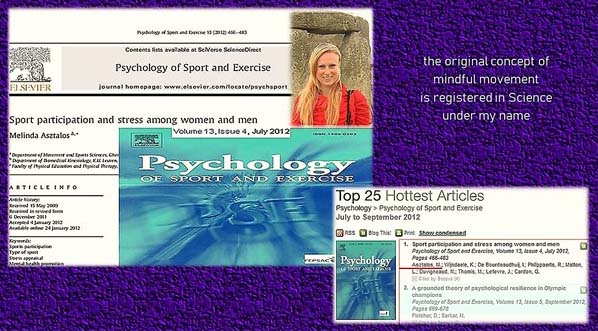 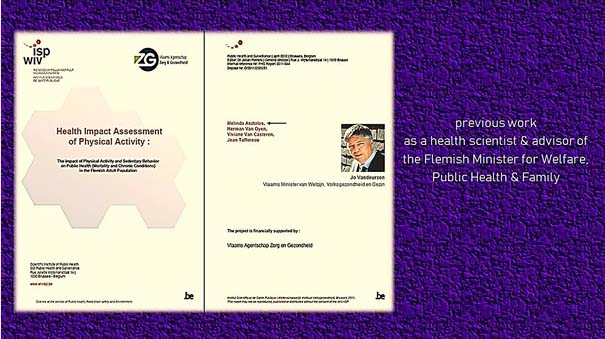 A decade later, in the book ‘the Crack – freedom while stuck in human form’ I reveal the transformation from conceptual understanding to conscious experiencing. I offer useful information and valuable guidance to all Seekers of Truth who want to function through the true self and who wish to experience themselves as clear consciousness in human form, or as vessels through which the isness of Life flows.

My book is therefore about freedom. Not absolute freedom, of course, as that would mean nobodiness, emptiness, and utter unattachment to form; in other words, enlightenment. Much closer than the seemingly uncrossable distance to there, my book offers a recipe for a non-trapped, functional somebodiness. It teaches us how to create space within our being and how to reduce the human drama to manageable amounts. This book offers the attainable alternative of operational freedom with selective attachment to form.

It would be impossible to make this contribution without the rigorous spiritual training that I started over 30 years ago and will continue doing my entire life. I am fairly sure that my teachings can only help others to the extent that they help me. Everything I teach contributes to my own spiritual growth, thus the exchange between me and the people who receive my teachings is secured by the assurance that I do not want to change anybody’s mind about anything.

‘the Crack – freedom while stuck in human form’ is a self-sustaining venture which nurtures itself by feeding the clear consciousness all around. In other words, the teachings in this book and the method of consciousness development it presents ‘The 3M System’, are safe because they don’t need anyone to justify their worth. Everything I am putting out in the world through this book serves one purpose: that I show up for my end of the deal with Life. My goal is to write, as well as I can, and to teach what I know, allowing my ideas the freedom to find their own way. And if someone benefits from them, Hallelujah!

My intent is clear, and it springs from my painful understanding that this human life is hard; often beautiful, but always hard. This understanding triggered my compassion for humans, including the human who I am. 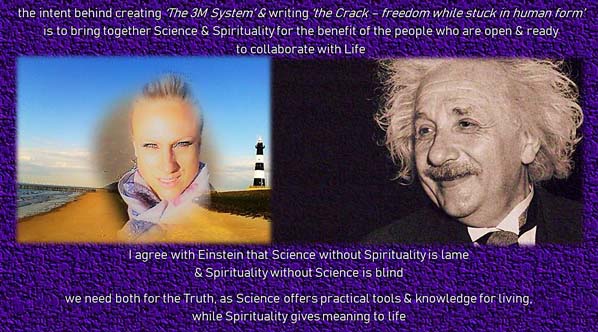 To complete my list of credentials, on the spiritual side I’ve been blessed with the privilege to follow comprehensive courses, initiations, and retreats, with the greatest Buddhist Lama’s of our times including Pema Chödrön, Lama Ole Nydahl, Maniwa Lama Sherab Gyaltsen Rinpoche, the Shamarpa Künzig Shamar Rinpoche, the 17th Gyalwang Karmapa Trinley Thaye Dorje, and His Holiness the Dalai Lama. In preparation for these fortunate events, I did a few monk-like retreats in Christianity and Buddhism, I’ve read Paulo Coelho and James Redfield; and I’ve studied the teachings of Jiddu Krishnamurti, Osho, Thich Nhat Hanh, Ram Dass, Wayne Dyer, Deepak Chopra, Eckhart Tolle, and His Holiness the Dalai Lama. 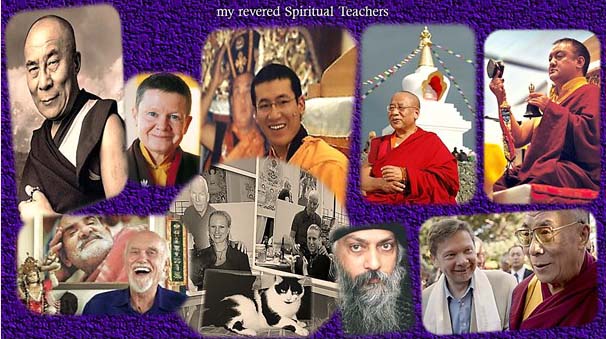 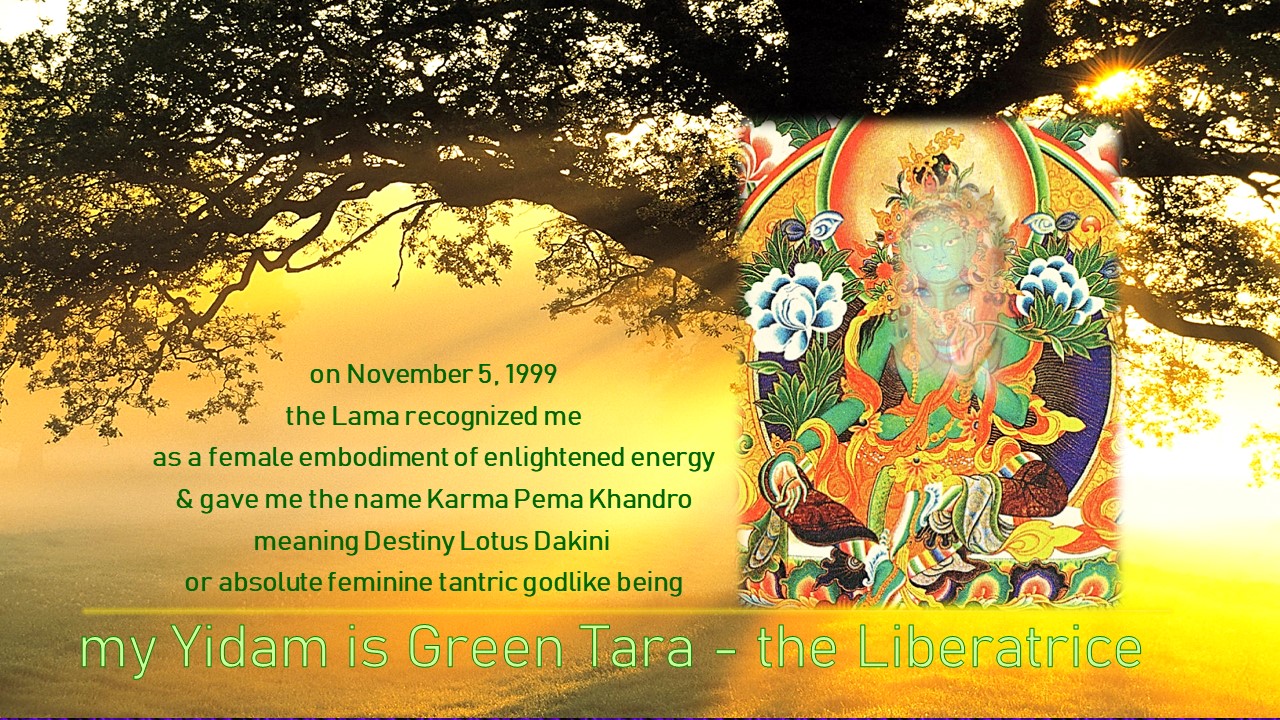 I became a Seeker of Truth already in my teenage years and an “official” yogi quite young, by age 12. I practiced Tai Chi and Qi Gong as well, but yoga resonates with my being most intensely. I’ve been just a child when I sensed that the body is the gateway to clear consciousness, although evidently, I couldn’t phrase this way back then. The body gives form to the clear consciousness that is our essence and when we create space within the body as we do through yoga and any mindful movement, we create space within our entire being. Space allows the isness of Life (i.e., clear consciousness) to manifest through us.

I sensed the importance and the power of the body before I could understand what all of this means. I was 5 when I became aware of the fear that ruled over my existence. It was an overwhelming realization: “fear is what I know most”. I had many nightmares which made up complete series with continuing episodes. I was often chased or hunted down, sometimes falling and I never could shout for help. When I did, there was no sound coming from my throat. Sometimes I stumbled and fell right before I could reach what I believed to be a safe place. The terror was so intense that it persisted for a few minutes even after I woke up. At a certain point, I began resisting falling asleep because I knew what was coming: another night of running or striving to escape. I woke up exhausted on the days when I could not sleep through the mornings.

Shortly before my 33rd birthday, I had a past life regression where I learned that the soul in me resisted human reincarnation for almost 2000 years. I was told that I have lived my previous life as a hermit Christian monk who tried to teach people how to understand Jesus, and who failed. As human ignorance thrived over the original teachings of Jesus, the hermit Christian monk got so disappointed that the soul in him vowed not to return to human form.

Most people consider this information metaphysical mambo-jumbo and indeed there is no way I can prove the validity of what that past life regression revealed. However, the possibility that the memory of my soul’s struggle from a previous life could have influenced my childhood nightmares, made a difference for me. Making sense of my karmic legacy also helped me understand better the parts of my current being.

For example, why I felt a strong need to belong despite feeling like an alien most of my younger years, simultaneously with fearing the loss of personal freedom so intensely that I risked sabotaging my closest connections. And why I could get unreasonably upset or emotional when the teachings of Jesus were disrespected. Or why I could LOL really loud at the punchline: “Who can truly understand Jesus’ teachings? Probably some Buddhists.”

Truthfully, the only times when I felt no fear as a child was when I did my weird gymnastics, which later turned out to be quite evolved yoga poses. In my first yoga book, which was a gift from my volleyball coach, I recognized many of the strange positions I had trained myself to take.

Often when I was struggling at night, I began doing them, to my mother’s horror when she had to wake me up in the morning. She freaked out the most when she found me in a side-lying ‘Bow pose’ (Dhanurasana). I did not know what I was doing; I only knew that it brought me comfort. While I was focused on my body, trying to stretch that extra millimeter of my back or pull my head that last little bit closer to my knees, I was free from all fear.

This was the seed from which the concept of mindful movement grew and the first ignition of ‘the Crack – freedom while stuck in human form’.

If you wish to know more about me, I invite you to read this Interview by Eileen Flynn on behalf of Susan Mears Literary and Film Agency London 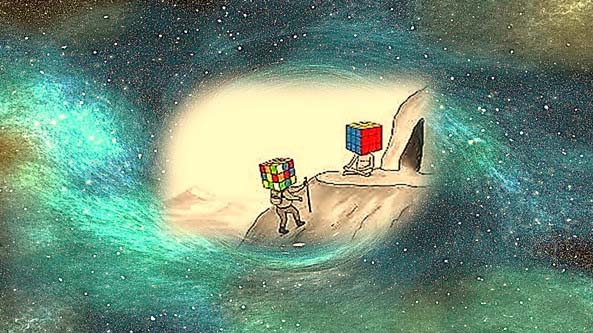 As a closing for this autobiography, let me share with you the prayer “Dewachen wishes” from Diamond Way Buddhism which I say every day and elected as the mission statement of my enterprise:

“May the precious enlightened attitude develop where it has not yet appeared, may it never diminish but steadily expand where it already developed”.

And as the final dot, here is the best advice I ever gave:

“Be in awe every day of the beauty of the grand design. The perfection of Life is amazing. Everything is right as it is. Problems only exist when we expect things and people to be different from how they are. Give a chance to what is. Surrender to the possibility that Life knows what it’s doing, that nothing is random, and you are meant to be exactly where you are in order to work out the karma which you have.” 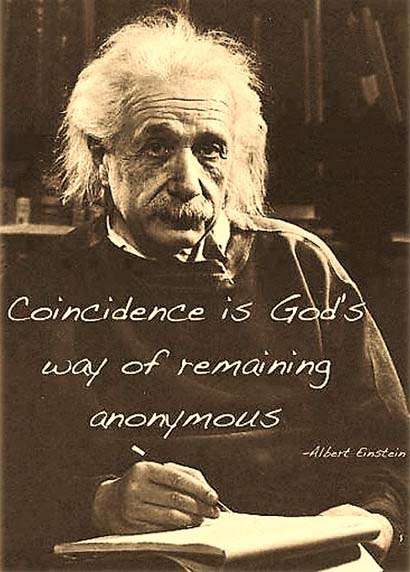